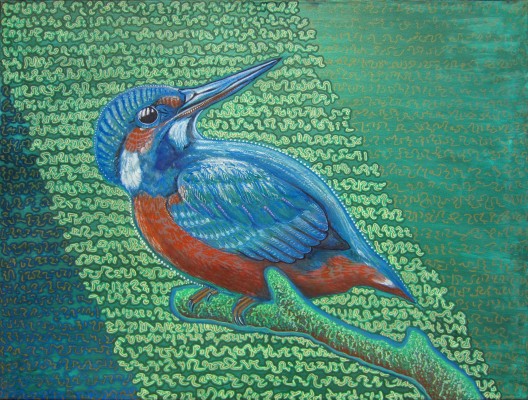 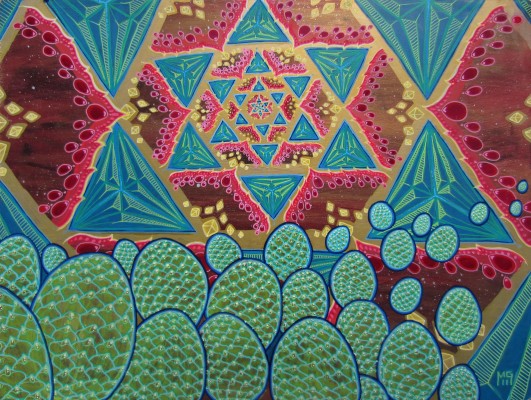 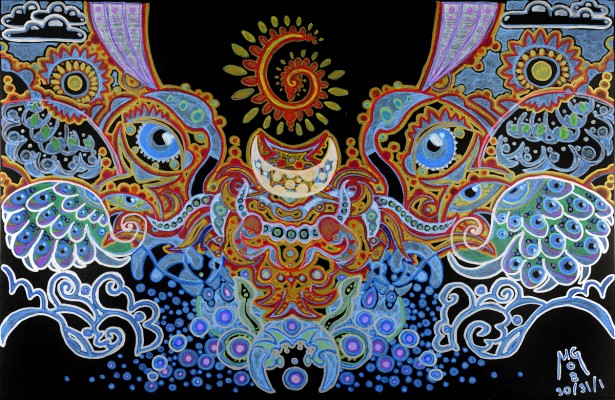 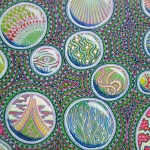 Reflecting his training as a scientific illustrator, Michael’s live art is a field guide to the beings that emerge through live music – the boundary-living electric winged spirits that crash into being through a dancing throng, and to be seismograph and portraitist, swaying to their breath. Each work emerges from the throb of the house and crowd into cross-sections of fireworks and undersea faeries, closed-eye tessellations and luminous fossils…vivid scenes of unabashed intensity, verdant and exultant work written in the language of dreams.