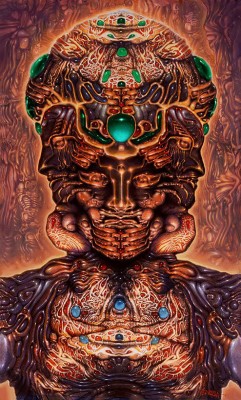 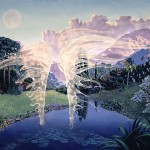 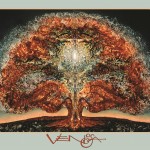 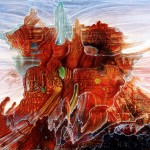 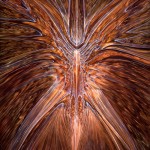 (Robert Venosa now resides with the Angels)
New York City born, Venosa was transported into the world of fine art in the late 60’s after having experimented with psychedelics and having seen the work of the Fantastic Realists – Ernst Fuchs and Mati Klarwein in particular – both of whom he eventually met and studied under. Of his apprenticeship with Klarwein, Venosa says, “What a time (Autumn, 1970) that turned out to be! Not only did I get started in proper technique, but at various times I had Jimi Hendrix, Miles Davis, Jackie Kennedy and the good doctor Tim Leary himself peering over my shoulder to see what I was up to.

That loft was the energy center in New York, and I reveled in it. And somehow,miraculously, in the midst of all the nonstop pandemonium taking place everyday I learned to lay the paint down properly. Even though it was ever put to the test , discipline was one of the more important necessities that Mati emphasized and – through his own adherence – strongly impressed on me: I could only join in the festivities after my work was done and all brushes were washed. Mati taught well the techniques of painting and, even more relevant, of quality living. I’m honored to have been one of the fortunate few to have studied with him."